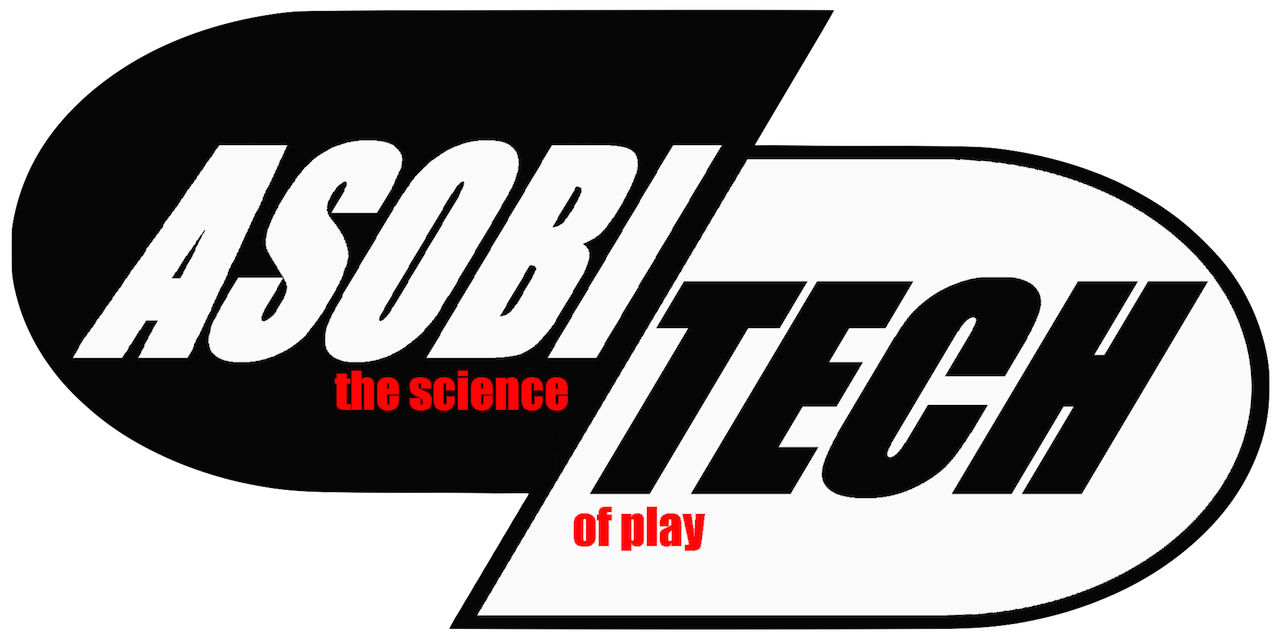 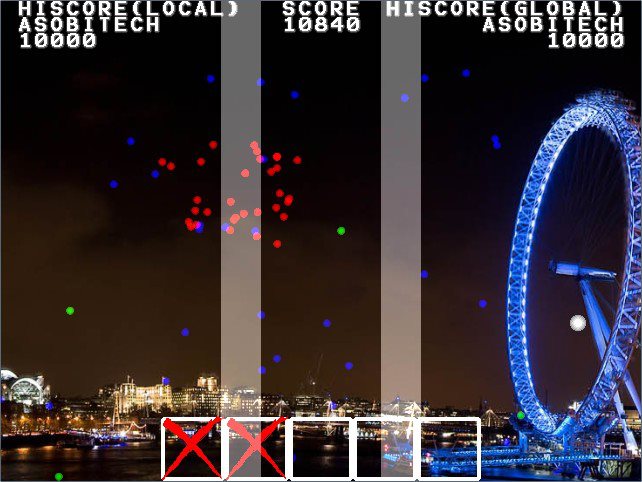 The first Asobitech 1UP game of 2012.
We have a great tune written by Rob Oliver.


Explode the fireworks as they enter the left or right beams of light. Careful not to miss, as your beam of light will be temporarily locked out, and if the firework leaves the screen, you will lose one of five lives.
The fireworks will be released faster and faster as you go along.


Inspiration for gameplay was taken from the skeet shooting stage of Konami's Hyper Sports.
Posted by asobitech at 12:00